If ye be wantin a Game or a Song, look no further 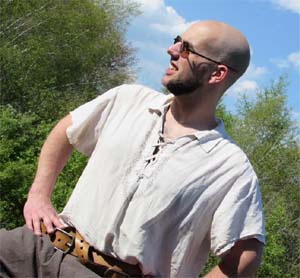 Caleb was a good lad with his feet in the dirt and his head in the clouds, but he had salt in his veins and the waves in his ears. So one day he packed up and went down to the harbor to sign on to the first good ship he saw. There were brigs and schooners, galleons and barques, and even a caravelle or two, and all of them were splendid and well maintained, but Caleb wanted something with more "personality." It wasn't until he spotted the Must Roos tied to the dock with mismatched rope and the brass needing a polish that he knew he'd found the ship for him. Wasn't until later that he realized they were pirates, but that's a whole 'nother story. Contact Caleb